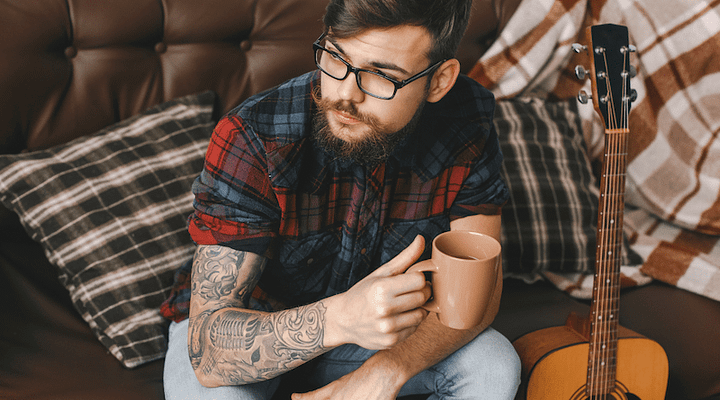 Do you rely on throat spray, teas, or lozenges as vocal “remedies” when your voice feels fatigued or when you lose your voice and can’t sing at all?

In this post, I’m continuing our discussion on the top five most common vocal myths. Today is all about vocal “remedies” such as throat coat tea, throat spray, and lozenges—and why using them is a BAD IDEA.

If you’re more of a visual learner, check out the video below!

I often hear singers and voice teachers talk about tea, throat spray, and lozenges as if these things are some magical solution to vocal fatigue and voice loss.

But here’s the truth: relying on these vocal “remedies” is actually creating a bigger problem for your voice.

Why Teas, Sprays, and Lozenges Are NOT Vocal Remedies

Throat coat tea, throat spray, and lozenges numb your vocal cords. Think of them like anesthesia.

If you’ve ever had to be anesthetized, you know that anesthesia makes your nerves numb so that you don’t feel the surgeon slicing you open to operate, right?

The same goes for those vocal “remedies” we’re talking about. They numb the pain that you’re feeling in your voice, which makes you feel like a superhero—for a little while at least.

It’s like, “oh, my problem went away, I’m fine. I can sing whatever I want now.” And then you do. And then you feel worse. Once that anesthetic wears off, you feel worse because you’re using damaged vocal cords that have been numbed to make you think that they’re fine.

What you need to be doing instead is letting your damaged vocal cords heal by vocal rest. I realize this might not be what you want to hear, but there is no quick fix once the damage is done. This is why voice loss prevention is so essential.

Many singers think voice loss is inevitable, which is why it sneaks up on them. So they try these quick “fixes” to make the symptoms go away, creating a vicious cycle of vocal health issues.

There is no need to suffer from voice loss, pain, fatigue, or tiredness. When you sing with healthy vocal techniques, you’ll never feel the need to reach for false remedies.

And if you’re already dealing with vocal health issues, then the only remedy is vocal rest.

Can you use teas, sprays, and lozenges, in addition to vocal rest, if you’ve gotten yourself into a bad situation? Yes, as long as you’re not counting on that anesthetizing magic that tricks you into thinking you’re all better.

As long as you’re relying on those kinds of things to fix your problem, you’re going to continue to have the problem.

Back when I was working as the lead singer on a cruise ship, I was given the nickname “Cords of Steel” by my castmates. The reason was that everyone lost their voice at one point or another during our shows or rehearsals except me (well, until I did lose my voice, but that’s another story you hear about here).

I just couldn’t fathom that she just didn’t have a powerful, strong voice just because she was losing her voice. Well, about 10 years after we left the ship, Jennifer was cast as Maureen in Rent. She knew that she needed to figure out how to sing powerfully so that she wouldn’t lose her voice, so she called me.

Jennifer is a fantastic singer, an unbelievable actress, and a graduate of New York University where the only vocal training she received was classical technique.

Once she learned from me why her classical technique was causing vocal health issues when she sang contemporary music, everything changed. She was able to access the true power of her voice without any vocal fatigue.

Jennifer also never thought she could sing anything besides classical music, or legit musical theater because she was always cast as the leading lady in the musicals. But another thing that happened (besides never losing her voice again) was Jennifer discovered a whole new genre of music that she enjoyed singing—rock music!

She even started fronting a rock band.

Because she learned how to prevent voice loss, Jennifer added new skills to her voice beyond what she thought she was capable of. This is the POWER of preventing voice loss.

Katti Power is bar-none, hands-down one of the very best voice teachers out there. I’ve been singing for 23 years, and have had several teachers over the years, from NYC to LA. Many of my teachers have been good, but I learned more in one lesson with Katti than I did several months with other teachers. Why? I think it’s because she’s not only a talented singer herself with great range and ability to sing anything, she knows how to TEACH it.

She approaches everything from an acting perspective as well as a technical/anatomical perspective. Because she’s been in the business for years, she’s acquired a plethora of tools and analogies to key into how to use this very mysterious and elusive thing called the voice.

The other thing that’s wonderful about Katti is there is no ego. She’s not in competition with you – she teaches because it is her passion, not because she has to. I’ve never met another voice teacher like her. Whether you want to sing choral music or on the radio, this chick can get you there.