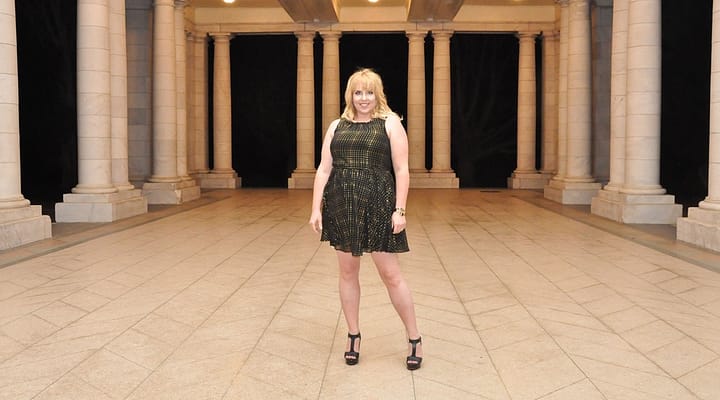 “I’LL TALK ABOUT ANYTHING BUT THAT!”

I said this for about the first 17 years of being a vocal coach. I was so ashamed and didn’t want anyone to know, so I kept it a secret. I just knew it would make people think less of me, and I was convinced if they thought less of me, they wouldn’t trust me or want to work with me.

Over the years, I’ve heard other coaches say similar things – that sharing their shameful secret was way too risky because it would show weakness, and they believed they had to show strength to gain a following.

But now that my secret’s been out for a few years, I can say with certainty that opening up about this kind of vulnerability is an example of POWER, not weakness. Not only that, but it allows those we are trying to attract to see us as real people rather than as some kind of perfect robot, because it allows them to identify with us.

When you’re in the spotlight all the time, it’s easy for others to see you as someone who never has bad things happen to them, so when you break down the walls and smash the pedestals by opening up about times when things weren’t all perfect and amazing, your audience sees your humanity and responds by paying greater attention to what you’re saying.

This is true no matter what kind of audience you are in front of and no matter what kind of presenting or influencing you are doing. Humans crave connection, so any opportunity to see themselves in the story you are sharing allows them to feel part of your story, which in turn allows them to want to be part of the outcome – which many times is in the offer you have to make to them.

When I finally opened up about how I lost my voice as the lead singer and had to break my contract because I couldn’t continue to perform, which cost me a bunch of money (but could’ve cost me my entire career if I’d tried to stick it out like they expected), singers didn’t run from me, they ran TOWARD ME. Then when they learned how I turned that terrible situation into an opportunity to learn how to heal myself and how to make sure it never happened to me again (it hasn’t), they wanted IN. And for a good reason – they wanted to learn from someone who’s been there.

It also helped them understand (and follow my example) why I’m so passionately adamant about vocal health – they knew I wasn’t just saying this stuff to be bossy, but because I’ve lived it and want to keep them from having to go through what I experienced.