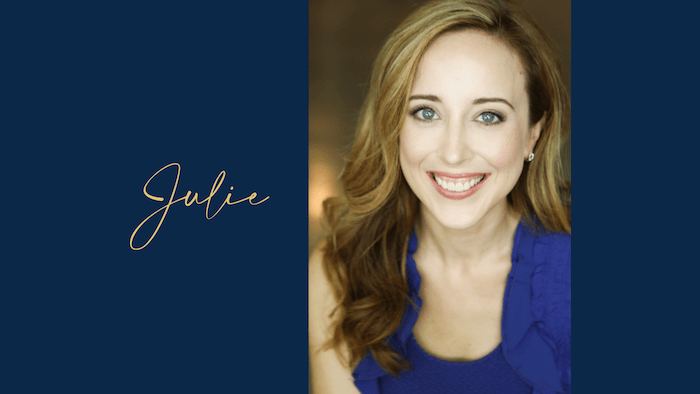 I’m speechless! You flew all the way to Texas to watch me perform! I feel so honored, so thrilled, and so excited to know you’re out there in the audience. I’m really not sure where I would be without you. You have given me such confidence in so many areas and have given me the skills to take my performing to the next level. I am so very grateful for you and also for your friendship! Thank you for everything. I’m dedicating this show to you. Love, Julie