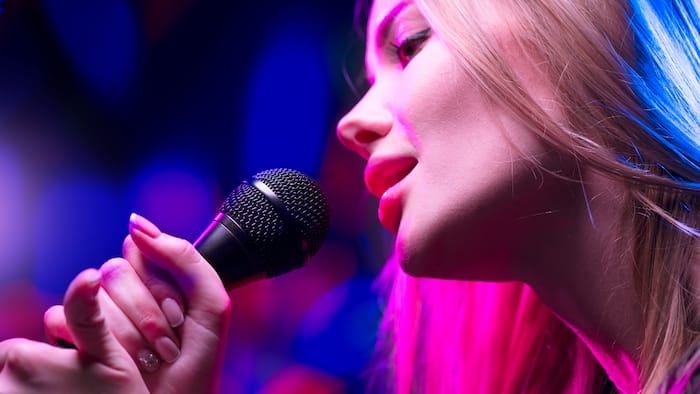 One of the most common pieces of feedback singers seek from me – whether they are my clients or not – is, “what are the best songs” for them to use in auditions and competitions.

Chances are, you found this because you are auditioning, competing, or singing for votes and you have no idea how to know what song you should choose to sing in order to be on top.

After all, everyone knows that song choice can make or break your success. But what are the magic ingredients to the “best songs“?

While I have a few handy tips for you, the #1 most important magic ingredient that makes a song the best is YOU.

SONGS AREN’T MAGICAL BY THEMSELVES

I’ve coached hundreds of competitive singers over the years (including two I helped to score World Champion titles), and I’ve lost track of how often a singer will assume that the song the previous winner sang will be the best song.

Tip #1: There is nothing magical about a song by itself. If there were, picking the best song would be simple because it would always be the same song. Think about it – if your friend Beth wins a competition singing “I Surrender”, do you REALLY think all you need to do is sing “I Surrender” to win? Wouldn’t everyone choose that song with that logic? And then how would the winner be selected?

Songs don’t win competitions, the singer singing the song wins the competition. And the winning singer makes all the difference. If you’ve ever heard a singer butcher your favorite song, you know what I mean. The singer can be fantastically gifted but if the song they choose isn’t a good fit FOR THEM, the performance can really bomb.

THE BEST SONG IS DETERMINED BY EACH SINGER

So, with that in mind, Tip #2: Songs have to be perfectly matched to the singer in order to be a great song FOR THAT SINGER.

How does a singer know if a song is perfectly matched? The answer lies within the singer, NOT outside of the singer.Imagine if Ed Sheeran performed Katy Perry’s “I Kissed A Girl”. Unless he broke it down and made it completely his own, it wouldn’t sound right at ALL.

It’s because Ed Sheeran and Katy Perry each have their own very distinct brand identities which have nothing in common. Does it take away from how talented each singer is? Not even a little bit. Does it mean the singers can’t sing each other’s songs? Nope. It just means that – unless each singer rearranged the song completely to MATCH THEIR OWN BRAND IDENTITY – the performance would be less than impressive.

WHO YOU ARE DETERMINES HOW YOU SING

Tip #3: Your brand identity gives you clues to your style. This is the reason cover songs can be so intriguing – we have expectations for a song based on the recording we’re most familiar with.

Once a different singer covers the song and makes it entirely her own, we are amazed by 1) how different the song sounds compared to how we know it, and 2) how much the song fits within our perception of that singer.

Like when David Cook covered Lionel Ritchie’s hit song, “Hello”, it was the song we knew and loved, but it had more of a beat, it had electric guitars, he gave the song a rock edge in every way he could.

David Cook’s own brand identity came shining through on a song that otherwise would not have been a good fit for him, and it was his brand identity that dictated his style when singing that (and every other) song.

WHERE AND HOW TO GET STARTED

This brand identity stuff is pretty important, isn’t it? How do you figure out what yours is? I’ve got you. My team and I created an awesome performer’s assessment to help you figure out who you are by nature.

Then, armed with that information, you can figure out what you need to do to show up powerfully as the most definitive embodiment of who you are so that you are a walking billboard for who you are and what you stand for.

You may find that you have a clearer picture of who you are and how you need to show up powerfully, but may still have some question marks around connecting that to the best song for yourself. Once again, I’ve got you! My team and I also created a powerful eBook to help you really hone in on the best songs for YOU.

Song Choice That Works! How To Pick The Best Songs [FREE e-BOOK]

Need some help mastering the song? I always recommend singers have multiple vocal techniques in their tool belts so they are able to command any song proficiently. Learn the basics of the two contemporary techniques of belt & mix by watching these quick tutorials:

If you’re wanting more custom feedback or help with crafting your own unique style or matching it to your POWER Type, check out www.getmypowerup.com to chat with me about working with me in one of my coaching programs.